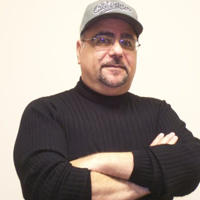 "After becoming the CEO of a direct marketing company, the magic word for me was “visibility”. I wanted predictable results…predictable processes…and craved the comfort of certainty. When uncertainty reared its head, I felt all that was needed was more information. Just be a little smarter."

To be uncertain is to be uncomfortable, but to be certain

is to be ridiculous.

My modus operandi after graduating college was to eliminate uncertainty in my life as much as possible. The alternative for me at the time was to feel like the feather in the wind which would one day be artfully shot in the opening of the film, Forest Gump.

After becoming the CEO of a direct marketing company, the magic word for me was “visibility”. I wanted predictable results…predictable processes…and craved the comfort of certainty. When uncertainty reared its head, I felt all that was needed was more information. Just be a little smarter.

I hungered and thirsted for information but was starved of real knowledge.

since they are rare.”

Our most profitable catalog was a military video catalog featuring over 1500 videos on military subjects. It took four months to get a catalog from product selection to somebody’s mailbox.

Then one day after sending out a few million catalogs, President George Bush (41 that is) launched a massive military operation called Desert Storm. Our response rates fell 80% and nearly bankrupted us. Nobody wanted to watch videos of past wars while there was a new one brought to living rooms via CNN.

Yet Albert Einstein’s famous saying, “God does not play dice with the Universe” was terra firma for me. Randomness and uncertainty could be tamed by working harder than everybody else. In those years, I often left home before my kids awoke and got home long after they went to sleep. Hey, eliminating uncertainty is hard work. When uncertainty reared its head, the remedy again was to be a little smarter. Develop better predictive models.

After selling the catalog operation, the non-compete provision allowed for TV direct response and online marketing. The year was 1996 and we remembered that one of the top titles in the general video catalog was a Shirley Temple compilation. We tested early December of 1996 and had a cute commercial of a “sexy 6-year-old” Shirley Temple.

Then on Christmas day 1996, an American child beauty pageant child by the name of JonBenet Ramsey was murdered and garnered nationwide headlines. A cute commercial of a “sexy 6-year-old” didn’t seem so “cute” anymore. The promotion died after a promising test. Who could have predicted the JonBenet event which became a media phenomenon?

We were also testing two Riverdance commercials at the time. The results were marginal, but unbeknownst to us, Michael Flatley’s company had made a deal with PBS to air the entire Riverdance performance in November or December of 1996. Conventional thinking was that a commercial-free airing would kill sales. But sales AFTER the airing made the promotion take off and Riverdance became the hit DR product of 1997. Hey, uncertainty works both ways. When it works for you it is called L-U-C-K.

Fast forward to the world of online marketing.

Online marketing has developed the central belief that predictive modeling of human behavior is a rational process. Because so many pin-headed venture capitalists have MBAs and developed the belief that uncertainty could be eliminated or at minimum tamed, billions of dollars flowed to companies building behavioral targeting methodologies.

Thankfully life’s lessons had cured me of my quest for certainty. But I ended up in the online space which was still holding onto the illusion. I came to know that the word “measure” in Sanskrit meant “illusion”.

So I will say as emphatically as I can that eliminating uncertainty is not a strategy. The way out of the mess is to EMBRACE UNCERTAINTY!

“The quest for certainty blocks the search for meaning.

Uncertainty is the very condition to impel man to unfold

We need to manage a portfolio of uncertain futures. Forget about eliminating it. It is a fool’s errand. We live in a quantum reality of almost infinite possibilities. We can let our creative juices flow and pursue an ongoing and unending journey guided by uncertainty.

If we wake up every day understanding that our day is uncertain, we need not hand wring, we can embrace what we do not know. It is in this void of what we do not know that we create. It is precisely this void that can propel us to greater heights.  I will leave you with a precious quote from Van Gogh:

“For my part I know nothing with any certainty, but the

sight of the stars makes me dream.”

Jaffer Ali is a serial entrepreneur and currently the CEO of e-commerce company PulseTV. He can be reached at j (dot) ali (at) PulseTV (dotcom)

Email Marketing from Scratch in 6 Steps

From Digital Strategist to Digital Marketer: What I learned and What Marketers Need from Consultants

Insights, Wisdom and Lessons Learned from the 2015 Email Evolution Conference

Tips for an Email Marketer’s First Week on the Job

The First 90 Days as an Email Marketer