"Got Mail?" What's the Brand of Email? 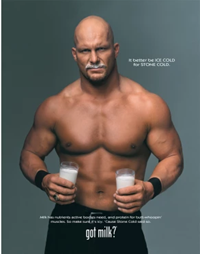 Some of us have enough years (or miles) to fill in the sound-bite “You’ve Got Mail!” mentally. In a galaxy far, far away, that sound was an endorphin-jolt — the click of the digital mail-slot with a message from someone you knew. (I’d embed the sound patch here but OI doesn’t need a copyright suit.)  It wasn’t the first email alert, but it was the emotional on-ramp online for lots of folks.

It’s tempting to say that email alerts stopped being an endorphin jolt some time back, but if I actually said that, I’d have a hundred email alerts from incoming OI messages citing studies about how much people love their email. Yeah, it’s email — not interactive, no fizz or bubbles, but there’s an emotional connection and a habit there — even for millennials and Gen-whatevers with brand-new inboxes.

They asked respondents to forego milk for a week before the session. The interviews made it clear that many people have an emotional connection to that boring, everyday staple. Betting on that emotional connection led to one of the most successful marketing campaigns ever: 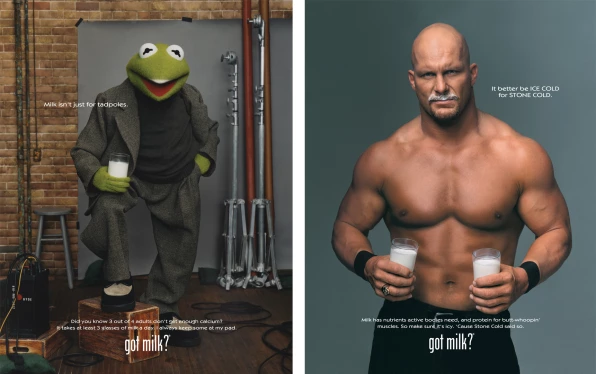 That slogan, and a lot of clever, creative ad work skyrocketed milk sales and cultural currency for a quarter-century. “...the tagline made milk a brand, not just a commodity.” said the exec director of the California Milk Processor Board.

I’m new enough to the email space to feel I’ve still got a bit of an outsider’s view on it. With that paper-thin defense, I’ll get to the point and pose the question: what’s the “brand” of email??

Peering over the fence in the last year or so, email looks more like a commodity than a brand. That’s not a comment about the actual value of email, but the spot in the mind that it currently occupies. It’s the marketing stepchild, the ‘old reliable but still around’, and a bunch of other second-class-ish pejoratives.

It’s at least a bit ironic, isn’t it? The email industry is like a virtual room packed with wicked smart marketing minds that have built powerhouse brands within the industry...yet “the industry” itself is kinda shy on brand clarity and brand recognition.

You can see it in longer-cycle aspects of the field. Ryan Phelan has noted the challenge of keeping young people in the email space. At the Email Innovation Summit last year, John Caldwell had some terrific (but telling) shtick about personalization being the thing ‘this year...again.’

Just about everyone I’ve met in the space has the stats and facts about email’s effectiveness at their fingertips — yada yada $44 for every $1, yada yada 18% compound annual growth. Yup, got it.

If email were “a brand”, maybe we wouldn’t need so many stats to say how great it is.

There are plenty of historical and structural reasons behind that commodity state. Email is an open Internet standard — no company owns or controls it. That’s mirrored in the market structure of email — unlike web and social, there aren’t quasi-monopolies and gatekeepers. So there’s no “big guy” with a brand-marketing war chest.

The challenge, I suppose, is that it’s not clearly someone’s J-O-B to tackle this. Email isn’t a single field — arguably, it’s not “an industry”, singular. Email marketing folks, email technology vendors, email-client companies, spammers, “affiliate marketers”, direct marketers — the list goes on & on. There are crossover personal & professional relationships throughout, but it’s difficult to pinpoint “a center”, or an organization that would have the interest, motive, resources and imprimatur to tackle the job.

Well...a bunch of guys with cows in California could have said the same thing, yet they managed to band together and make milk “a thing” again.

People have woken up to the data-commoditization of their lives and interests, and (judging from legislation at least) they’re mad as hell about it. Email doesn’t have a monopolist company or figurehead to “escape from”; SPAM’s a challenge, yes, but that’s not quite the same thing. I suspect a focus-group that deprived people of email instead of milk would find that there’s quite a strong emotional connection, and a level of trust and possession that’s distinctively different from other digital channels.

For now, I’d say to put this one on the back burner. Get through the weeks ahead, help people, flatten the curve and keep the faith. Business and the economy will bounce back — timeline unknown, but they will. People will gather again, and talk about things of common interest, and we can pull this one off the burner then, and see if there’s a way to move it forward.