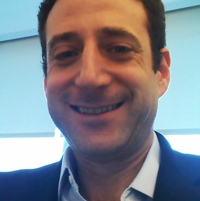 Many marketers do not even bother with an unsubscribe survey, and many who do are either learning the wrong thing or ignoring a majority of the data. They may listen to a portion of it, but have unsubscribed from many of the insights that a survey can offer. The unsubscribe survey can be a more powerful tool for both insights and strategy if optimized.

I’ve seen unsubscribe data used as evidence that emails are being sent too frequently or that emails lack relevancy.   That might be true, but most survey data is not going to help solve for these issues.  The unsubscribe survey is not the right tool to determine frequency and is typically not specific enough to find relevancy opportunities.

The average survey does not dig deep enough to solve relevancy issues.  The two most common choices for and unsubscribe survey are:

These two options may be accurate on a high level, but not the fundamental motivation for an unsubscribe.   It is fair to assume that most people are  unsubscribing because of relevancy and, by definition,  received one too many emails.  Rarely do people unsubscribe from emails that are valuable to them.  In other words, no one says, “I received too many relevant emails”  or “I want less emails that I have no interest in.”   Subscribers may tolerate fewer emails, but that doesn’t mean your emails are better.

The goal of the unsubscribe survey is to enable the unsubscriber to help you improve your program.  That means you lead the conversation.  Ask for information that will find opportunities to improve.  Get specific.

There are probably better options for every business, but hopefully you get the idea. With the absence of the all-in-compassing generic choices the unsubscriber will be forced to be unambiguous.

For example, if someone is no longer interested in your products, there may be an opportunity to figure out why.  What was the subject or offer of the email?  Are others saying the same thing from this campaign?  What subscribers are saying it?  You can see that it leads to some very interesting questions.  Before this would have been marked as  “relevancy” or “frequency”  and the questions would have stopped at, why is this irrelevant?  And you would only be able to guess at the answer.

Another example,  for those that say the offers were not what they expected,  well, what were they expecting?  How did they get these expectations?   Are they newly acquired? From what sources?  This line of questioning  could lead you to a opportunity to optimize acquisition sources.  Before a majority of these people would have fallen into the “relevancy” bucket and this kind of detailed analysis would be difficult if not impossible.

When breaking the data down, look at it in same way you do your segmentation.   Losing an engaged subscriber  after two years is a very different thing than losing a subscriber on your welcome email.  When the data is lumped  together, as it often is, it can be meaningless or lead to bad decisions.

Hopefully, you can start to see where more specific data may be useful and how you can set it up to improve your program.  If you are squeamish about getting rid of the top two options, remember, the unsubscriber is filling in the survey to help you.

If you want to get a feel for what good multiple choice items, offer only a textbox for verbatim responses.  You will quickly see things come up repeatedly and give you a good idea of what to ask.  In general it’s a good idea to always keep the verbatim section in the opt-out survey going forward.  You’ll be surprised at how many nuggets of information you’ll collect.  Some unsubscribers will give detailed explanations for the unsubscribe and even offer valuable suggestions.

The unsubscribe survey offers an opportunity that is rarely taken advantage off in digital.  If you do not have one, consider it.  Whether or not you follow my suggestions  every unsubscribe survey has value, If for no other reason then to give your unsubscribers a voice.

Sol Medvidofsky is an accomplished email marketer and was most recently the SVP of Digital Communications at Citi.

More posts from author
Thursday, 31 October 2013 How to be an Email coach
Wednesday, 28 August 2013 3 Questions to ask before Hiring Your Next Email Marketing Superstar