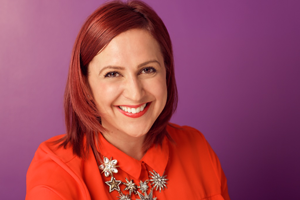 It’s not news that, in most industries, females are paid less than men. But surely, in email marketing, where there is a higher proportion of women than in many other industries, this isn’t the case, right?

Sadly, it is the case, according to Only Influencers’ 2016 Salary Guide. And this needs to be addressed.

When I co-founded Phrasee, it never came into my mind, or my co-founders’ minds, that I was a female. Or a mum of two small children.  Or a wife, a daughter, a sister, or anything else. Why should it have?

But, when we look at the senior management in many major technology firms, there are few, if any, females. For example, Amazon – where there are three senior managers named “Jeff”… and just two women (source).

Or Adobe, where just 15% of board directors are female (source). Oracle is marginally more progressive, with 23% (source), or Salesforce, where 21% of the senior executive team is female (source). Clouds aside, this trend appears to follow at pureplay email companies – I’m not going to name names, but look at the “Management Team” page of nearly any email company and you’ll be lucky to find one woman, if any at all.

Am I an outlier? According to the lack of females in senior positions, yes. And this isn’t right.

Let’s ask ourselves: is there a lack of qualified, talented women to hold senior positions in email marketing companies?

The answer is clearly no – I’ve met hundreds of highly intelligent, talented and ambitious women in the email world, and even more in my previous career when I ran a branding agency for 10 years.

Are women not up to the pressure of managing a high-functioning email marketing department?

The answer is clearly no – I juggle two small kids, a busy social life, and a senior position in a fast-growing tech company. I’m not afraid of taking control of a situation, and most other women aren’t either. And we’ve got a litany of female clients at Phrasee who are incredibly intelligent, talented and ambitious.

Are we underpaid because of a silent patriarchy that exists within the email world?

The answer here is maybe. I don’t think men in the industry are knowingly being discriminatory or sexist. That’s not what I’m saying. But: the numbers from OnlyInfluencer’s 2016 Salary Guide do tell a worrying story: 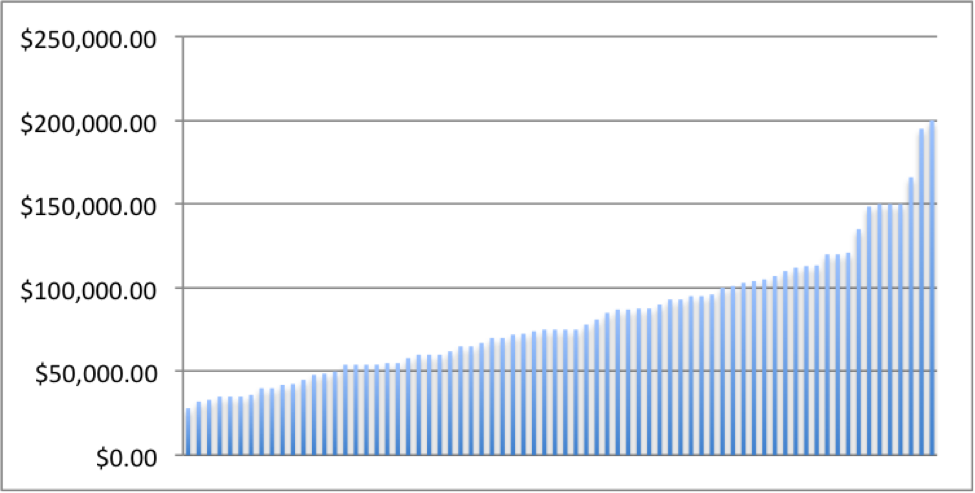 Female email marketers earn a median salary of $75k, and males $90k. This means women make 83% as much as men. Across America, women’s salaries, according to the AAUW, are 79% of their male counterparts (source). So, unfortunately, the email marketing industry is, at best, marginally better than average. That is hardly something to brag about.

Given the high number of incredibly talented women in the email industry, the onus is on us as an industry – males and females alike – to buck this trend and lead through action and equality.

See, times are changing in the world. My co-founder Parry is Canadian and never shuts up about how, for example, Canadian Prime Minister Justin Trudeau, appointed females to 50% of his government’s cabinet positions. When asked why, Trudeau simply said, “Because it’s 2015” (source).

It’s 2016 now, so this should no longer even be newsworthy.

At Phrasee, 50% of our board directors are female. Why? Because the two men and two women who comprise our board are the best people for the jobs. Whether or not two of us are women is of no consequence.

And yet, across the email industry, women are under-represented, even though they may very well be the best people for the job.

So what can we, as email marketers, do?

I’m no expert on what we can do to remedy the situation, but here’s my two pence:

Firstly, women need to be aware that they are paid less than their male counterparts – and therefore be more assertive in pushing for pay equity. However, this in itself flies in the face of how, at least in general, women tend to negotiate collaboratively, instead of aggressively. According to the National Bureau of Economic Research, a simple, gender-neutral, psychological approach is for employers to simply state that salaries are negotiable (source).

Secondly, women need to put themselves forward for senior positions more frequently. This is a chicken-egg situation; I don’t believe that a woman should be given a job just because she is a woman. But if she is the best qualified person for the job, she needs to have the confidence to apply in the first place. The thing is, many senior positions are perceived as masculine, even though the skills are devoid of gender-specificity. So women need to take the bull by the horns and put their names forward.

Thirdly, in male-dominated workplaces, it’s important that women’s voices are not drowned out. The onus here is on management to ensure there is equity in voice. Women and men don’t communicate in the same way, and the stereotype of a woman in a power position is one that shows masculine traits. That’s crazy – part of what makes a mixed-gender management team so powerful is the different ways each member communicates and perceives the world.

Fourthly, never let your career overtake your personal life. I launched Phrasee 4 months after giving birth to my second child, and some people thought I was crazy. But why? My two kids don’t suffer because I’m a woman in business. If anything, I’m showing them that anything is possible – whether you’re a man or a woman.

This is important, and here’s why.

According to the Harvard Business Review, firms with women in the C-Suite are more profitable in the long run (source). But, that’s not why I co-founded Phrasee. We launched Phrasee because we believed in our team, our product, and our drive for success.

The fact that I sometimes wear a dress just means I have more wardrobe options than my male counterparts.

Victoria is co-founder and COO of Phrasee, the AI-powered subject line optimisation company. Previously, she founded and ran an innovative creative & branding agency, and is an expert in design, usability and Prosecco. As COO, she is responsible for customer success – and also for making sure the entire team is on task. She’s an eternal optimist, and the possessor of the biggest smile in SW London. She holds a BMus in Music & Technology and is the proud mum to Max and Marni. You can find her on LinkedIn here, and Twitter here.