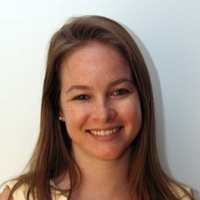 "Conversion rate optimization (CRO) is the technical term for strategically planning your tests. It’s the active process of defining the metric you’re trying to optimize, creating several hypotheses about what tweaks in your campaigns may increase your conversion rate, and measuring the effect of each hypothesis. It applies equally to email and landing pages, but I’ll limit the discussion here to email as much as possible."

Every marketer has been there. You’ve just gotten back from the conference or read an inspiring ebook on A/B testing, and you’re pumped to start your own testing strategy. And then three people need all of their emails to go out immediately, and testing goes out the door with your sanity. We all know that tweaks in our email marketing campaigns can pay off with big returns, but it’s hard to find the time to actually do it well. However, it won’t take as much time as you think if you utilize existing tools and put a bit of thought into your testing strategy.

Conversion rate optimization (CRO) is the technical term for strategically planning your tests. It’s the active process of defining the metric you’re trying to optimize, creating several hypotheses about what tweaks in your campaigns may increase your conversion rate, and measuring the effect of each hypothesis. It applies equally to email and landing pages, but I’ll limit the discussion here to email as much as possible.

The first step in creating a CRO strategy for your organization is defining the metric you want to improve. I’ve heard two main schools of thoughts around this goal metric for CRO. The first is that it’s best to focus on getting progressive “yes’s” from your audience, as in, “Yes, I’ll open your email. Yes, I’ll click on your email. Yes, I’ll buy your product.” In this mindset, the metric you want to optimize would be the first “yes,” which is usually open rate – the more people you can get into your email, the more potential next “yes’s” you have.

The other school of thought is focusing your CRO efforts on the ultimate action you want your audience to take. Here, CRO goes beyond just email because the landing page you’re sending people to has an effect on the overarching conversion, whether it be subscribing to a newsletter, registering for a webinar, buying a product, etc.

I can see the rationale behind getting small yes’s out of your audience, and that strategy probably makes sense for some campaigns. However, I fall into the latter camp – I want everything I tweak in my campaign to ultimately support my typical goal of getting people to sign up for an email newsletter. I understand that folks have got to want to open my email before they can see the persuasive argument I’m making and want to click and ultimately subscribe, but at the end of the day, I’d rather have 1,000 people open my email and 300 subscribe than 3,000 people open my email and 100 subscribe.

Now that you’ve decided on your goal metric, it’s time to decide what part of the campaign you’ll test first. Even though creating a CRO strategy takes time and planning, there are some low-hanging tests you can start with that are relatively easy to set up.

Many ESPs have created tools in their platforms to make A/B testing easier. For example, Silverpop has a nice subject line and from name testing tool that only adds about three extra minutes onto the sending process, once you’ve decided on your testing variables. Since Silverpop does the heavy lifting of randomly splitting my list, I can get my team in a room (or even just over Gchat), knock out a quick brainstorming session, and get a subject line test out the door in under an hour.

The caveat to using your ESP’s testing tools is to make sure you have a way to track your conversions back to the version of the test they received. This system can be as simple or as complex as your organization can handle. In the past, my team has used source codes that pass through our landing page forms to track conversions, but that requires setting up two versions of the copy, each with the different source codes. Two different versions of the copy means splitting our lists manually and a much more time-intensive project.

We recently realized it was easier to just use one email template in Silverpop’s built-in subject line testing tool. The reporting takes less time if we just export the send list for each test group and compare our conversion list against the test lists using Microsoft Excel.

Your organization’s CRO strategy doesn’t have to be complicated or profound to be effective. Looking for easy wins, like tools you can already access through your ESP and the power of Microsoft Excel, can make creating a CRO strategy less intimidating. As long as you can put some thought into choosing your goal metric and keep brainstorming hypotheses to improve that metric, you’ll be on your way to bringing in more conversions.