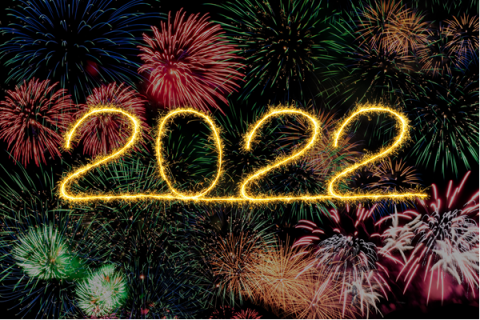 As you sit waiting for sugar-plum fairies (or just enjoying good holiday cheer and relaxation), it’s a good time to start thinking about what you want to change up in 2022. Data is a big part of my working life, and so as I look forward to the new year, I’m hoping you’ll consider improving your data practices in the coming year.

Most of us, I think, work in what we would like to describe as a data-driven business. But it’s shocking to me how often data-driven businesses make fundamental mistakes in how they use, consider and handle data. So, here’s a simple list of resolutions that can help you build a stronger data discipline for the coming year.

For me, the four scariest words in a supposedly data-driven business are ‘the answer is obvious.’ Validating your assumptions doesn’t have to be hard. First, identify the statement you want to validate (e.g., ‘this is the best market for us to go into’ or ‘this onboarding flow is better’). Identify the data you have or need to collect that would allow you to test that assertion. Collect that data and analyze it. This doesn’t need to be some fancy AI or ML model: the vast majority of practical analyses leverage the most basic of statistics (and are stronger for it!)  Draw your conclusions from your analysis.

In software development there’s an axiom that the cost of a bad decision grows exponentially over time. Caught early, it may cost you hours. Caught late, it can easily cost you person-years of effort and opportunity (and maybe even customers and revenue!). The question should never be whether you can afford to validate your assumptions but whether or not you can afford not to.

Bad data comes in many forms and is extremely common. We all suffer from it. A critical step in running a data-driven business is in identifying your bad data so that you’re able to deal with it. Here are some of the most common forms of bad or ‘dirty’ data:

It is very common that we want to measure something which is immeasurable (either literally, or just in a practical sense). A perfect example of this is wanting to measure whether or not a recipient truly engaged with your mail, in the sense of them opening it and actually reading its contents. This is not possible to measure as we don’t have little spy cams that monitor all our recipients and monitor their behavior. So instead, we use what are known as proxies for this information – something that we can measure which we believe to be correlated well enough to stand in for the thing which we can’t measure. In the case of user engagement, the industry has traditionally used open pixel beacons that (in theory and prior to Apple’s MPP changes at least), do a reasonably good job of measuring whether a user opened a mail. Maybe you (or your provider) also license Verizon’s campaign performance feed and can use their aggregate stats on how often recipients opened the mails using their non-pixel-based stats. In either case, you’re not actually measuring the important thing (since neither of those indicate that a user actually put eyeballs-to-screen on your message content), but a proxy for it.

Proxies are a common and necessary part of data analysis, and the goal isn’t to avoid them but to be acutely aware of when you’re using a proxy so that you can make your own contextual judgment of how good the proxy is standing in for the thing you wish to be measuring in any particular case.

So, we just identified a bunch of common issues that affect almost every email data set out there. Does that mean that it’s hopeless and we should just give up on using email data?  Absolutely not!

The most common way to deal with bad data is to remove the data that you know you can’t trust. This is a key part of what is commonly known as ‘cleaning’ data. So to ‘clean’ data affected by Apple’s MPP changes, we would identify the subset of data affected (opens from current Apple devices) and remove that data from the analysis.

It’s also important to understand whether or not a ‘badness’ in the data is relevant to a given analysis. This often requires significant subject matter expertise. For instance, we know from extensive testing that Apple’s MPP opens are fetched from the user's device itself and not through a proxy server farm like Gmail’s. We further know that even with the iCloud+ Safari privacy protection features activated that geolocation data is still accurate to the region. Thus, while the opens from those devices can’t be trusted as actual engagement, we could use the data in an analysis of where users are located, at least to regional granularity.

It is also important to measure the impact of your missing/dirty data. This serves two purposes: first it allows those using your analysis understand how it applies to them. For instance, if we run a report that leverages information that can’t be used for EU residents, it may still be perfectly usable in a US context but would probably be very low value to use in a European context, unless there was a reason to believe that the behavior being reported on was similar between the two regions.

Elimination of enough data may render the sample size too small or too biased to be useful and we may need to go back to the drawing board.

Resolution 5: Keep your analysis as simple as possible, as complex as necessary

In a world where it seems like attaching the acronyms AI or ML to a product can immediately increase its cachet, there is value in keeping things as simple as possible. The practical reality is that the simplest analysis is often the strongest. Most problems can be tackled with basic statistics, and they have the benefit of being transparent to both you and anyone consuming your analysis. When you have to reach deep into your bag of modelling tricks, you often end up with models that are difficult to understand and render analyses that can be difficult (or dangerous) to extrapolate to other cases.

So that’s my list of data resolutions for 2022. What are you thinking about doing differently with your data in the coming year? 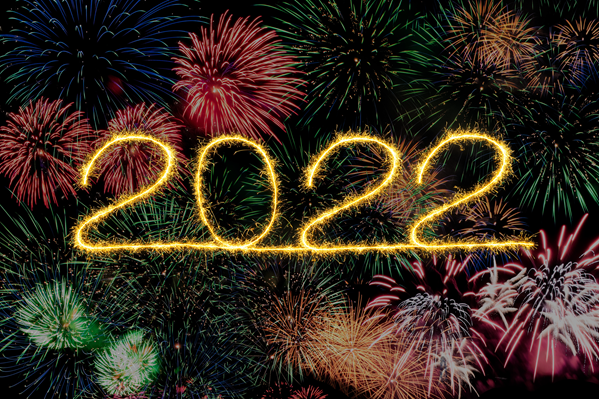 Photo by Moritz Knöringer on Unsplash

George Schlossnagle is a Co-Founder, Distinguised Engineer, and a Member of the Board at SparkPost (recently acquired by MessageBird). George has been working in email since 1999, when he and his brother began developing what would become the Momentum mail transfer-agent at OmniTI. Following the spin-out of SparkPost from OmniTI in 2008, George held the roles of CEO and CTO before moving into his current role in 2020. Through the expansive Momentum on-premises footprint and his role moving SparkPost into the cloud, George has overseen the evolution of enterprise-grade email sending and analytics over the past two decades.

George is an active participant in the global email community as well as a supporter of the Baltimore-area businesses, currently serving on the board of Circonus. George holds a patent for a method and system for adaptive delivery of digital messages. He received a BA and MA in Mathematics from Johns Hopkins University and his MS from Brown University.

In his personal time, George enjoys cooking, backpacking and spending time on his Maryland farm with his wife Pei, their two children and their many beloved animals.

More posts from author
Friday, 04 March 2022 Are Opens Really Dead?
Thursday, 09 September 2021 The future of email engagement measurement; where do we go from here?
Wednesday, 23 June 2021 What Apple's Upcoming Privacy Changes Mean For Email
Thursday, 25 March 2021 COVID-19’s Impact on Email One Year Into the Pandemic
Friday, 13 November 2020 The Trump Campaign's Unorthodox Email Tactics -- Do They Work?