Will You Make the Opt-In Marketing Mindset Shift? 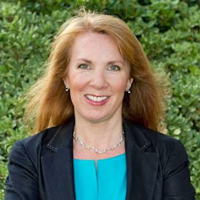 "Permission as a standard for email is nothing new. Proponents of permission marketing have preached its virtues since Seth Godin first penned his book of the same name in 1998, and many companies and organizations have voluntarily adopted opt-in marketing as their business standard. But in the United States, unlike in the United Kingdom and much of Europe, we’ve always stopped short of legislating permission into email marketing law."

It’s no secret that in the United States at least, we’re obsessed with size. Perhaps stemming from our pioneering roots we equate bigger with better, have a preference for more vs. less (even if it’s far more than we need), and value limitless expanse.  Whether it is due to this mentality or other reasons, a similarly pervasive way of thinking has been the mindset in direct marketing for decades.

Yet in an age of awareness about how unfettered human expansion has negatively impacted the environment, times are changing.  Sustainability and austerity are in, conspicuous consumption is out.  There’s a clear quality over quantity movement underfoot and already visible in social media.  I for one say it’s high time this shift made its way fully into email marketing.

So, I’m sounding the clarion call for opt-in (aka “permission”) to become the definitive standard, yes the bare minimum, for email marketing.

Permission as a standard for email is nothing new.  Proponents of permission marketing have preached its virtues since Seth Godin first penned his book of the same name in 1998, and many companies and organizations have voluntarily adopted opt-in marketing as their business standard. But in the United States, unlike in the United Kingdom and much of Europe, we’ve always stopped short of legislating permission into email marketing law.

Maybe it’s that free speech is so fundamental to our way of life, likely it’s that and a host of other influences too, but we can’t seem to draw the hard line requiring opt-in as the standard for email.  Companies preach or believe opt-in as a best practice, then internally struggle as they succumb to internal pressure to “grow the list” under the old “bigger is better” mindset or stand idly by, watching competitors ruthlessly use every opt-out marketing tactic they can think of to build email lists three times the size of their own.

How Did We Get Here?

How did we get here, and why is it so difficult to change? A quick glance back at direct marketing in the days before the Internet and electronic messaging reveals how we became enamored with “bigger is better” and as a result, gun-shy of a total leap into opt-in marketing online.

Much of the resistance to legally mandating permission stems from the days of compiled direct mail lists.  There was a time when a direct correlation between larger lists and better response held true. Since practically all widely available lists were, by default, built from publicly available data and therefore were “opt-out” in nature, the average direct mail response rate was 2%.

Sure, there were exceptions, such as company “house” lists of paying customers which were sometimes rented, traded or amalgamated into list co-ops.  It could be argued these house files were analogous to “opt-in” lists because they were buyer files, containing names of people who had at least expressed enough qualified interest to buy, interest that can loosely be considered “opting in.”  Still, the buyer files of one company were often rented to other companies that list members had no existing business relationships with, so in the end said buyer files often produced no higher than single-digit response rates anyway. For the most part, average direct mail response stayed stuck at 2%.

Naturally, in an era when 2% was the average response rate, we needed huge starting numbers to make direct marketing pay positive returns. Consider that a 2% response rate from a list of one hundred people means two sales – not enough to keep most companies afloat.  While testing to improve response has always been important, in the days of ink-on-paper direct mail, it was usually easier, cheaper and faster to simply “go find new names” than to test.

But let’s dig deeper.  Why was the average response rate only 1-2%? Easy.  When you’re starting with a totally unqualified (or at best loosely interested) target audience, what more can you reasonably expect?  The reality is, in dealing with compiled lists segment-able by demographic and at most, lifestyle characteristics, marketers had to make assumptions about categories of people who would make good prospects and customers .  Those assumptions were, and still are, never quite as accurate as a voluntary expression of interest to join (an opt-in).  So when it comes to compiled, demographically-segmented opt-out lists, bigger IS better, since getting out in front of high quantities like 100,000 people significantly increases your odds of finding the 2,000 that are actually your ideal prospects.

Far from optimal, it was acceptable because pre-Internet, it was the only world we had.  So for ages, direct marketing was time consuming, expensive (although when well-targeted, yielded positive returns) and slow.

In the fledgling years of my marketing career, on the cusp of mass-adoption of the Internet but before the days of Internet marketing as a reality, opt-in marketing lists were real but rare.  There were a few, generated mostly from postal mail or telephone consumer surveys.  The idea of opt-in existed, but there was no fast, affordable, practical way for it to become a sweeping reality until the age of the Internet.

Suddenly, instant electronic interactivity became possible.  On simple web forms, people could quickly and cost-effectively be invited to raise their hands and indicate their interests. Suddenly it was possible for prospects to choose marketers vs. marketers resorting to a needle-in-a-haystack approach to find prospects and customers.

Sounds great, right? It was, except for the fact that it turned the quantity vs. quality equation around.  With opt-in marketing, there are fewer who raise their hand, but those who do are more valuable and likely to buy.  With permission, we increase the quality (and qualification) of prospects but see reduced quantity.  Still, reduced quantity shouldn’t matter if fewer but 100%-qualified people now make up our lists, right?

The problem was the “quantity over quality” mindset didn't go away.  After all, marketers purely playing the numbers game never have to do the work of motivating interest, so they don’t know how to inspire an opt-in. In compiled direct mail list days, they had just loosely targeted and played the odds, too lazy or busy to discover the driving emotional needs of prospects (needs which, when tapped correctly, result in opt-in every time).  Those same marketers today would rather grab an email address any old opt-out way they can and blast away.  Ask for forgiveness and the hell with permission, it takes too long.  Better yet, the hell with forgiveness too, just batch and blast until the odds turn in our favor.  If you stay at the roulette table long enough, you know, eventually you’ll hit your number.

Time for an Evolutionary Leap

I’ve been in email marketing since its inception in the late 1990’s, and I say we’re overdue for a mindset shift.  Students of evolution know that much of evolutionary change happens at a glacial pace, yet when the survival of a species is truly threatened, evolutionary leaps, or jumps, can occur in a single generation.  When it comes to email, the channel is under threat.  It’s time for a quantum leap to a new standard: 100% opt-in.

However, to truly adopt that we’ll need not only new laws, but re-framed thinking.  We’re going to have to change what we value. Instead of the visual for success being a small slice of a huge pie, we’ll need to re-vision success as a huge piece of a much smaller, tastier pie.  We need to think in terms of target market penetration vs. overall market size (and then do our best to grow the target market anyway).

What would you rather have in terms of list-wide response rate? 2% of one hundred thousand or 30% of 10,000? Let’s do some simple math:

It’s not difficult to build an opt-in list of 5,000 to 10,000 names. An opt-in marketer looks at the above scenario and sees growing (or at least maintaining) conversion as primary and growing the list as secondary, although both are important.  But unlike the opt-out marketer, the opt-in marketer has an advantage: she’s dealing with a more highly qualified audience to begin with.  So the opt-in marketer makes it her goal NOT to try to get an additional 1,000 out of 99,000 people (who already didn’t buy when offered) to change their mind, but instead to engage with another 2,000, 3,000 or 5,000 truly interested individuals and keep converting that universe at 30%.

Are you ready to make the opt-in marketing mindset shift? If so, here are some myths you’ll need to let go of . . .

1.       Bigger lists are better than smaller lists.  Not necessarily, and only if you’re comparing well-qualified opt-in lists to one another.  Even then, many factors even beyond opt-in status (such as brand equity, message frequency, product quality and customer service) affect average list conversion and engagement rates.

2.       Unsubscribes are bad.  Opt-in marketing honors self-initiated interest, choice and control above all else.  Opt-in marketers don’t want uninterested, unqualified members to remain on their lists.  If people want off, we let them go.

3.       Long periods/pockets of total inactivity are unavoidable and normal.  On the contrary, large sectors of totally dis-engaged list members indicate a poor fit, poor messaging, or both.

. . . and here are some truths you’ll need to embrace:

2.       People would rather be invited than coerced

3.       Respect is highly valued by customers – if they sense you don’t respect them they’ll go elsewhere

4.       Permission can be temporary, and that’s okay.  People have a right to change their minds, and allowing them to do so demonstrates respect.

5.       Action begets action. When you create a marketing context that starts with voluntary action, you cultivate an environment in which responding becomes comfortable, safe, normal and expected.  People who answered a call to action to begin a relationship with you are more comfortable, trusting and conditioned to continue taking action when you ask them to.

And the Most Powerful Thing about Opt-In Marketing Is . . .

Numbers and justifications aside, the most potent thing about opt-in marketing - indeed it’s almost Kryptonic pull -- rests in its power of attraction.  When done exceptionally well, it is not merely attractive, it is positively magnetic.  That magnetism results creates an intersection of buyers and sellers at the opportune time for both.  There’s no preaching to the masses, no converting the great unwashed, no hard sell.  You don’t worry about anyone else and your customers don’t care about your competition, because you only have eyes for each other.

At a minimum, opt-in marketing embodies a conscious decision on the part of your prospects to connect with you – whether it be motivated intellectually, materially, emotionally or spiritually.  There is resonance.  There is the genuine desire to enter into and be in relationship.

Too many marketers could care less about crafting human connections and relationships with their customers.  They’re out to capture customers’ wallets and little else.  But if you capture their minds – better yet their hearts – their wallets will be open wide to you again and again and again. Make the opt-in marketing mindset shift and you'll capture lasting value, engagement, and trust too.

Karen Talavera runs Synchronicity Marketing and writes about email, social media and other online marketing conversation channels on her blog Enlightened Emarketing.  Follow her on Twitter (@SyncMarketing) or Facebook  for daily tips on digital marketing trends, facts and new ideas.

Social and Email Marketing: Being Human