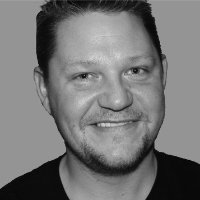 "Each of these titans has been aggressively building and buying their way to deliver on the promise of a CMO-focused, cloud-based, integrated cross-channel platform that places the digital marketing controls squarely in the court of the marketing organization and relieving long-standing resource dependencies on other internal and external organizations. It is a vision that, in most of these and many other competing organizations, has been branded the “Marketing Cloud,” and it is set to be the key driver in marketing technology evolution and decision-making for the coming five years."

When IBM announced last week that it would be purchasing Silverpop, the cloud-based multichannel marketing platform, it was only the most recent in a three-year string of high-profile marketing technology acquisitions. Only a month before IBM’s announcement, Oracle made an acquisition announcement of their own, pledging to acquire marketing & data management platform BlueKai for an estimated $350-$400 Million. This move by IBM, and Oracle’s successive ingestion of Compendium, Eloqua, Responsys, and now BlueKai, are all moves to maintain and/or gain position in what is now undeniably a digital marketing platform arms race, dominated by these and a handful of competitors, including Salesforce* and Adobe.**

Everything has been a target for acquisition and integration, from website analytics providers to email service providers, data management platforms, social media management, and beyond. Each of these titans has been aggressively building and buying their way to deliver on the promise of a CMO-focused, cloud-based, integrated cross-channel platform that places the digital marketing controls squarely in the court of the marketing organization and relieving long-standing resource dependencies on other internal and external organizations. It is a vision that, in most of these and many other competing organizations, has been branded the “Marketing Cloud,” and it is set to be the key driver in marketing technology evolution and decision-making for the coming five years.

So, what does all of this tectonic shifting mean for the CIOs and CMOs who are making technology decisions right now? Well, as Jeff Bridges’ Big Lebowski character, The Dude, might say: “It’s a complicated case. A lot of ins. A lot of outs. A lot of what-have-yous.” In the interest of keeping this an article, though, as opposed to the book this subject may deserve, let me share four ways in which I believe the impact will be felt in the C-suite in the coming years:

In the past 5 years, most medium-to-large enterprises have undergone some version of a marketing technology selection process that undoubtedly included a healthy internal debate over centralizing the activities of their various marketing groups on a consolidated platform vs integrating disparate “best-of-breed” solutions selected by individual units with channel oversight.

Regardless of which of these technology ideologies those organizations have ultimately adopted, they’ve very likely purchased and implemented into their technology stack some number of solutions that have since been acquired, and are actively being integrated into a new parent-company’s Marketing Cloud offering. In fact, it is not at all uncommon to find organizations currently leveraging technologies owned by most, or all, of the companies listed above.

The future of most of these technologies, though, isn’t in stand-alone consumption. Their new owners largely intend to assimilate them into their offerings and those efforts will yield advantages – seamless cross-departmental asset sharing, improved access to data, and more speedy and flexible cross-channel decisioning, among them – that could likely have the CMO’s reporting line calling for change.

2)   Increased creativity and length in contracts

The internal stakeholders won’t be the only ones swaying the decision makers, of course. The sales organizations within each of these software behemoths are rallying around their new Marketing Cloud offerings, and they are already aggressively making the play to turn the footing they’ve gained through these acquisitions, however large or small, into a full systems replacement.

This is good news for CMOs and CIOs. Why? During this “land grab” period, these providers recognize that early unseating of competition and entrenchment of these deep and wide (and not-so-easily-removed) solutions will likely to lead to long and prosperous relationships. They also know that they all face a potentially rough period of filling gaps in their offerings, rapid release cycles, and unforeseen compatibility challenges. This all sets the stage for aggressive pricing models. Moving on technology decisions now could mean significant savings on licensing over the next few years, but will likely also mean lengthier contract terms.

I also expect to see a great deal of creativity in how the services contracts are constructed. As the CMOs and CIOs weigh the organizational pain of “untangling their existing spaghetti” and integrating Marketing Cloud solutions, they know there will be significant services needs and technology providers will be forced to bring an answer or risk losing the contract.

Unlike most consulting firms, the CMO’s agency partners have largely held the advantage of playing the technology-agnostic role and aligning with the client regardless of decisions concerning their stack. With the Marketing Cloud shift we are already seeing agencies recognizing the need to find center, or in many cases aligning more closely to the technology providers.

This change presents a whole new set of opportunities and challenges for agencies and the CMOs who rely on them. But, while the strategic and creative premium will continue to be critical, those agencies that flourish will bring true platform expertise that ensures that the organization is optimizing core technologies, and will retain the flexibility to provide speed-to-value as disruptive technologies and unforeseen market opportunities present themselves. Expect to see agencies increasingly declaring themselves a “____________ Marketing Cloud Shop.”

Okay, so CMOs won’t be getting new job titles, but they will certainly be earning a new and very important bullet point on the resume.

Just as agencies will find themselves more closely aligned with the Marketing Cloud providers, the CMOs will find that organizations who’ve invested heavily in the Marketing Cloud offerings of Salesforce, Adobe, Oracle, IBM, or any other player in the race will increasingly look to hire leadership who are coming from environments that offer familiarity and common field of vision.

I certainly don’t contend that the technology environments of previous employers will be the defining factor in the hiring of marketing leadership, but it is undeniable that it will play a more important role than ever before.

Regardless of the degree to which these predictions are found to be accurate, the one thing that is sure is that the stage is set for a very interesting five-year stretch that will significantly change the nature of the discussions and decisions in C-suites worldwide.

**Adobe has built more than bought, but has added Omniture and more recently Neolane .