Marriott: Who Should Be the Key Decision-makers in Your Next ESP RFP? 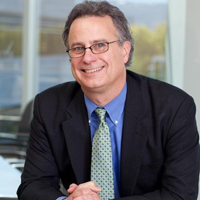 Back in the days when the predominant relationship that Brands had with their ESPs were full-service, the platforms were not necessarily intuitive, nor easy-to-use (nor did they have to be).  To be able to leverage all the features took a lot of experience on that particular platform, something that Brands had neither the time to spend nor the staff to develop.  So the work was done by teams at the ESPs, with Brand paid higher CPM’s as well as per campaign fees.

In the days of these types of relationships, the vendor selection process was very different than it is now.  Sure, it was still a features war between the platforms.  However when push came to shove, the real yardstick used by most Brands and their procurement teams was the cost, specifically the CPM.  So when it came down to which ESP to select, that decision was usually made by a combination of procurement and the senior email marketing person (with an “OK” from finance).  Meaning the decision was very top-down.  The decision had little impact on the day-to-day email team at the Brand because they weren’t using the tool for much more than pulling reports (if even that).

Over the last 10 years, however, there has been a shift where most Brands today are either self-serve or hybrid relationships.  While several factors have contributed to this shift, the one with the most significant impact has been the drastic improvement in the usability of the tools allowing them to be used with very limited training required.  Brands that wanted to move campaign production to in-house teams could do so without a lot of training.  Beyond the cost-savings of doing it themselves, those who actually used the platforms to create campaigns became much smarter email marketers at a much faster rate.  I saw that myself when I was running the email team at Acxiom.  There I found that, generally speaking, my best account people were those who started out as campaign managers on our platform and moved up the ranks, rather than people I hired from the outside.  And I assume that remains equally true today at the ESPs like Zeta and Cheetah with large services teams.

Anyway, back to the topic.  Another significant shift in the last 10 years has been the increasingly complex integrations between the ESPs and the Brands’ existing infrastructures.  So today, with ESPs tightly integrated into Brands’ tech stacks, and broader swatches of Brand teams using them, many more people on the Brand side will be impacted by the decision as to which vendor to partner with.   And everyone impacted by the decision at the Brand has point-of-view and agenda that don’t necessarily align with enryone elses.

Let’s take a look at some of the stakeholders we work with in RFPs managed by Marketing Democracy:

These are the three major constituencies of every RFP Marketing Democracy has managed.  There are often other stakeholders including mobile, loyalty program, and content marketing (think publishers and other media), and of course, procurement.  But these are the big three.  And you can see how divergent their interests tend to be in selection criteria.  So who do we think should be the primary decision-maker in an ESP RFP?

Assuming you are conducting a thorough RFP, the answer to that question depends on which stage of the process you are in.

When it comes down to the final decision, we believe the people who should have the most influence are those in the third group—campaign production.  But between the beginning of a selection process and the final decision there are several discrete steps in our RFP process, in which each of the stakeholdering groups plays a major role in decisions.   Let’s break them down:

Marketing Democracy strongly believes that Brands today, the final selection of ESP should absolutely be a bottom-up decision.  And while you might readily agree with that statement,  you’d be surprised how often in the RFP process (except ours) their input is either ignored, or worse, isn’t even solicited.  Why is this so?  I think it’s a combination of several factors:

As I see it, there is a huge downside to ignoring the wishes of the campaign production team in the vendor selection process.  Assuming they will take the time to “figure out” a platform they didn’t help select (and might not have selected if given the option) is taking a huge chance with your email marketing.  Time and again I have seen situations where a lot of the advanced features and functionality of an incument email provider were not utilized by the campaign production team.  They were simply unwilling to make the effort to learn “clunky” software.  But there is one thing worse than not involving them in the decision.  And that’s involving them, only to have their selection over-ruled by someone in management.  In all the RFPs we have managed over the years the only client unhappy with its decision was one where the team’s choice was overturned by the CMO thanks to a well-timed call from the incumbent’s CEO.  One year later they were already planning their next RFP.

So in your next ESP RFP remember, it it always advisable to involve all the stakeholders in the selection process.  But the closer you get to your final selection, the more you should value the input of your internal campaign production team.  When they have a say in the selection of the vendor, they also have a stake in making that vendor a success.  And that will be crucial in the long run.  RFPs are too much work not the get it right the first time!

Title: Who Should Be the Key Decision-makers in Your Next ESP RFP?
by Chris Marriott
About: RFP Process
Audience: Email Marketers
Publisher: OnlyInfluencers.com
Copyright 2019, Only Influencers, LLC
Tweet

More posts from author
Wednesday, 26 October 2022 4 Tales from the Request-for-Proposal (RFP) Crypt
Wednesday, 03 August 2022 ESPs and CDPs Have Collided. Get Ready for ESCDPs!
Wednesday, 04 May 2022 Should You Build Your Own ESP?
Friday, 11 February 2022 2022 State of the ESP RFP Survey Results and Conclusions
Thursday, 18 November 2021 4 Trends Shaping the ESP Vendor Landscape for 2022