Should You Build Your Own ESP? 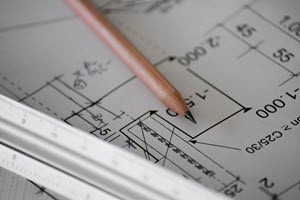 The decision of whether to build your own email solution or outsource to a vendor can have serious consequences for the future of your email marketing. It’s not a decision to be made hastily before giving it some serious thought. Reading the rest of this post is a great place to start!

The rise of what’s known as “MTAs in the Cloud”—SendGrid, SparkPost, Netcore Cloud, etc.—has led to a proliferation of next gen email platforms which eschew the traditional model of an ESP having its own MTA. These platforms instead connect to one or more of these cloud-based MTAs to deliver the email generated in them. The relative ease in which these new platforms appear to operate has led more than one brand to consider doing something similar—custom building an orchestration platform to meet their specific needs and using an MTA in the Cloud to send the emails. And if a brand’s IT team is led by an ex-Amazon employee, I can almost guarantee you they will consider this.

Does it make more sense—or even any sense--to build a home-grown solution to support your email marketing programs and the database management and analytics that support these programs, or should you continue to outsource?

Home-grown solutions are like a maximum-security prison -- easy to get in, hard to get out
Early in the development phase of a home-grown solution, everybody is happy. IT has sprung into action (the folks who usually are the biggest proponents of home grown), budgets are flush, and executive management is committed and fully supportive of the effort. Dreams of savings and competitive advantage -- while yet to be realized -- are still viewed as attainable.

But then, things can go awry. Key supporters in IT move to other jobs, budgets get squeezed, development takes longer than planned -- which you most likely predicted. Suddenly it's now your problem. And the train has left the station. No one who originally supported the plan is going to be willing to pull the plug. The possibility of a bad outcome is not enough to stop the effort. Until you have actual evidence that this was not a good idea for your company, the home-grown solution stays right where it is.


If you make a bad decision when choosing an ESP, the decision to switch is easy to make, and something that brands do on a regular basis. However, if you've set up an expensive home-grown solution the decision to move back to an outside vendor is a lot more difficult. You’re going to be walking away from a significant investment of time and money by your company. That will take the decision to a whole new level of complexity and risk. And there are people in the company who will fight tooth and nail to maintain the status quo. Good luck!


Email software can quickly become "cementware"
If a platform at an ESP isn't an ongoing development project, that ESP will fall behind its competitors and begin to lose clients. The investment in people and dollars to continuously roll out new features and functionality reaches staggering levels at the top ESPs. Home-grown solutions, on the other hand, tend to be looked at more as projects of a finite duration. So, while they are very flexible during the development stage, once they are launched making any other changes can be difficult to impossible. Hence the label “cementware.” Why should you care? First because your new platform begins to fall behind the ESP solutions starting the day it launches. And second your new platform is often already behind other ESPs' solutions because it was designed 12 to 18 months prior to launch with the features and functionality locked down at that point in time.

Even if the resulting platform is architected in a way that makes changes to it reasonably easy to accomplish, few companies have the stomach for the people and dollar investment required to keep those updates and improvements happening. As a result, if you went ahead and conducted an RFP pitting your homegrown solution against any the leading ESPs, your platform is going to lose every single time. Trust me on that.

Oftentimes the savings are ephemeral
The number one reason that companies take email in-house is a desire to save money over the long run. The marketing team can find the seduction of "free" email hard to resist -- as can the CEO and CFO. And while it can be quite easy to document the savings of “free” email versus paying a vendor to send it, the cost of maintaining the platform shouldn’t be ignored. The cost of keeping maintaining an email platform are going to be high, even if you don’t try to keep it up to date with the latest features and functionality. Remember, these are costs that your company would not have incurred otherwise.

And since it's more likely that there is not an ongoing investment being made, you the email marketer ends up with fewer multichannel tactics and strategies to employ vis-à-vis his or her competitors. How do you begin to quantify the cost of missed revenue opportunities? It’s not easy, but it might be the only way to convince the suits that you need to move on from it.

ESPs have the ability to leverage the cost of adding new features and functionality over their entire client base. Home-grown solutions do not. So, they don’t. This lack of new features and functionality can only result in fewer conversions over time that you otherwise might have had. So, while difficult to put a dollar figure on this lost opportunity, it's there. On paper your costs may be down (if you ignore the cost to simply “keep the lights one” with your platform), but what you don't see is your opportunity cost. And that cost continues to grow over time.


There's a big difference between calling IT and calling an Account Manager at an ESP
Of course, not every home-grown solution will crash and burn during the development stage -- many get up and running as planned. But we all know that at some point in time technology always fails. If it's 6 a.m. on a Saturday morning and you have a system failure, who would you rather be dialing -- a vendor with a dedicated account manager on your business whose job it is to keep you -- the client -- happy? Or your company's internal help desk? I don't know about you, but I'd rather call someone who saw me as a valued customer rather than a problem to make go away.

And maybe there's some new functionality that you would like to see added to the solution. If it doesn't already exist in an ESP's platform, that ESP can quickly muster the internal resources to custom build it for you. On the other hand, if it's your IT department you're calling, you're going to go to the end of the queue. By the time the team gets started building the new functionality for you, you'll be retired and living in Costa Rica. Why? IT has moved on to the next big internal project. You're old news, and frankly not all that interesting any longer. Whose idea was it to build this thing anyway?


If you currently are using a home-grown solution, you should probably evaluate exactly where your system lies on the features and functionality curve. If you are lagging behind the solutions being used by your competitors, you are at a competitive disadvantage -- even if you believe you are "saving" money. The reality is likely that your savings are more than offset by the opportunities lost to your competitors. And if you are thinking of moving from an outsourced email solution to one proposed by your IT department, remember that you will be the one dealing with the consequences if things go south. And, as the above reasons demonstrate, that's a fairly likely result.

I’ll leave you with this--think of pure chocolate. It looks just as tempting as any other chocolate, but the sheer intensity of the experience could be described as anything from "not what I expected" to "I think I'm going to cry".

A homegrown solution is pure chocolate. 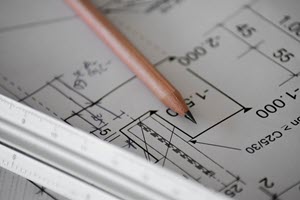 Photo by Sven Mieke on Unsplash

More posts from author
Wednesday, 03 August 2022 ESPs and CDPs Have Collided. Get Ready for ESCDPs!
Friday, 11 February 2022 2022 State of the ESP RFP Survey Results and Conclusions
Thursday, 18 November 2021 4 Trends Shaping the ESP Vendor Landscape for 2022
Tuesday, 17 August 2021 Email Marketing’s Next Secret Weapon:  Loyalty Programs
Tuesday, 25 May 2021 What should you be paying for your email marketing program?

2022 State of the ESP RFP Survey Results and Conclusions