Apple’s Mail Privacy Protection will have broad implications for how brands operate their email marketing program. These changes are most disturbing because they disrupt norms that have been in place for more than a decade—norms that have served consumers well and kept marketers honest. I would go so far as to say that these norms amount to social contracts, which Apple is now putting marketers in danger of breaking.

“Send emails that recipients not only tolerate, but engage with—or your emails will be junked or blocked.”

For well over a decade, Google, Microsoft, and other mailbox providers have increasingly weighted engagement with a brand’s emails as a key factor in their spam filtering algorithms. Engagement is also a major factor in IP and domain reputation calculations, which are also used in filtering algorithms. On its own and as part of sender reputations, engagement represents well over one-third of mailbox providers’ considerations when determining whether a marketer’s emails arrive in the inbox, in the spam folder, or not at all. 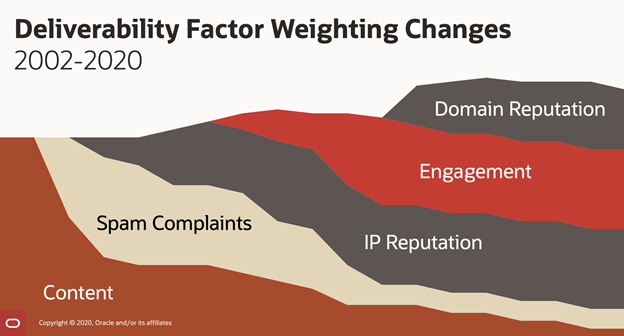 When determining whether their users are engaged with a brand’s promotional emails, mailbox providers look at dozens of factors. Those mostly include actions that marketers can’t see, such as foldering, favoriting, deleting without reading, dwell time, scrolling, marking as read, and others.

Among the few behaviors that mailbox providers track that marketers can actually see, opens have been by far the most important because of how frequent they are. Opens are roughly 8 times more frequent of a signal than clicks, which some mailbox providers don’t even take into consideration because they believe click-tracking to be a violation of their users’ privacy. Forwards and replies, which are also often part of engagement calculations, are so infrequent as to be inconsequential for most brands when managing their deliverability.

Apple breaks this social contract by making it much more difficult for brands to see whether their individual subscribers are engaged. That’s because Apple Mail users who enable Mail Privacy Protection will appear to senders as opening nearly 100% of the emails sent to them, even subscribers who aren’t opening any of the emails.

That makes it significantly more challenging for brands to live up to mailbox providers’ expectations because they won’t be able to easily suppress long-term inactives and never-actives, or to send fewer emails to subscribers who are opening fewer emails.

Why would Apple break this social contract? Because Apple is a hugely popular inbox provider, but a relatively small (but growing) mailbox provider. That is, while nearly half of all emails are viewed in the Apple Mail app on Macs, iPhones, and iPads, most of those emails are from email accounts hosted by Google, Microsoft, Yahoo, AOL and others, not from Apple email accounts. So, even though Apple uses opens and other engagement signals in their spam filtering, the impact that Mail Privacy Protection has on spam filtering will fall largely on Google, Microsoft, and others.

It’s because of the central role that opens serve in engagement-based filtering at Google and Microsoft that I believe it’s highly unlikely that they’d undermine senders’ visibility into opens, too. At the same time, brands should not expect these mailbox providers to deemphasize engagement in their spam filtering algorithms because of Apple’s actions.

The Social Contract Between Subscribers & Marketers:

“Send relevant emails at a reasonable cadence—or we’ll opt out.”

When a person gives a brand permission to send them promotional emails, they don’t just want generic, one-size-fits-all messaging. They expect messaging that’s tailored and relevant to them as individuals, and messaging that’s not sent too frequently. They expect this because consumers consider email marketing to be a conversation.

Subscribers wholeheartedly expect brands to pay attention to what they’ve bought from them, their web browsing, and their app activity—but their email interactions most of all. Subscribers become disillusioned and dissatisfied quickly when they realize a brand isn’t paying attention to what they’re saying and responding appropriately in their messaging strategy toward them.

Along with a variety of other signals, marketers have paid attention to a subscriber’s opens, which they’ve traditionally used to:

Apple breaks this social contract by interrupting marketers’ ability to respond to their subscribers’ engagement signals by obscuring opens. Are opens the most definitive signal of interest? No, they’re not. They’re the equivalent of a conversational nod. If someone asked you to tell them about your company and you saw them nod, then you’d at least know that they were paying attention.

Mail Privacy Protection puts a wall up between companies and their subscribers so they can’t see when members of their audience are nodding. Even worse, that wall is full of video screens of all of their subscribers endlessly nodding on a loop. Without a real signal, companies can’t tell who’s paying attention unless their subscribers click, which is the equivalent of that person asking a question or making a comment about what the company is talking about.

Why would Apple break this social contract? Because they’re responding to consumers’ high interest in greater privacy protections, which is more than understandable given the privacy abuses and breaches in recent years. However, Apple is completely ignoring consumers’ desire for more relevant content from brands, a desire that they have expressed just as consistently as their desire for more privacy protections.

Moreover, Apple makes no attempt to communicate the give-and-take interplay of privacy and relevancy. That’s evident in how they present the opt-in for their Mail Privacy Protection. It’s a hard sell for protecting Mail activity, without any mention of the downside, which is why we expect about 95% of Apple Mail users to enable it. I wish it was a less biased choice and acknowledged that “This makes it harder for senders to know when to send you fewer emails or to stop sending to you completely.” Or said, “Share Mail activity so brands can send you more relevant emails.”

In truth, it all feels very hostile toward marketers, who nowadays have generally done all the right things to get permission to communicate with their customers, fans, and prospects via email. Heck, Apple refers to tracking opens as loading “remote content directly on your device,” which makes it sound like marketers are distributing malware instead of looking for that conversational nod.

As it stands, Apple will likely get credit for improving email privacy and months from now some brands will be blamed for sending too many emails and irrelevant content by Mail Privacy Protection users. I can’t help but wish that Apple had done everything but create false open signals. Honestly, if they had said they were only going to proxy IP addresses and block forward tracking and cache images and hide device information, then we’d hardly be talking about it. They could have also removed time of open and just left us with the day of the open and that would have been okay. Those changes would have significantly improved email privacy while having a minimal impact on marketers’ ability to serve their subscribers well.

But managing the flood of false opens from Apple will be challenging. The brands that are able to maintain a high-level email experience will be working significantly harder, especially over the next 6 to 12 months. That’s energy they could be investing in improving automation, personalization, segmentation, preference centers, and other ways to create better experiences for their subscribers and customers.

Chad White will be leading a discussion on this blog post during our members-only OI Live Zoom Call on Thursday, August 12, 2021, from 12:00 Noon to 1:00 PM ET. If you're an OI member, watch the discussion list for the Zoom link.

Not an OI member? We'll have a few guest passes available -- reach out to Jeanne Jennings if you're like to join us (first come, first served!). 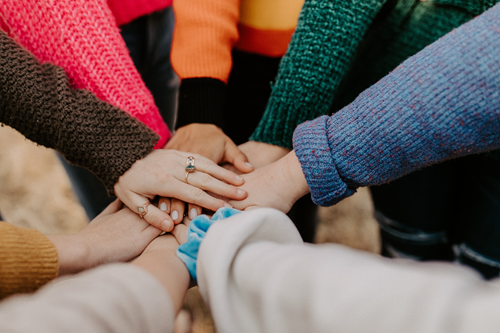