As powerful and unique as email marketing is, it’s far from perfect. If you want to grasp some of its imperfections, just look at what the inbox and mailbox providers have been doing. The features they’re pushing will give you a sense of what they feel is wrong with the channel.

Here are the major perceived shortcomings they’ve been investing in trying to fix:

Promotional emails are boring. They should have capabilities that have long been staples on the web, such as basic browsing capabilities like viewing products in multiple colors and expanding content blocks for more details. Essentially, emails should behave much more like microsites that show up in your inbox.

Apple has been the biggest supporter of interactive emails, with long-time support of the CSS code needed to create carousels, hamburger menus, hotspots, and more. While marketers need to learn some additional coding and do additional QA testing, CSS-based interactivity is free to use and supported by email service providers.

Gmail and Yahoo also support email interactivity, but instead of supporting CSS-based interactivity have pushed AMP for Email, which has the advantage of being an industry standard. While it allows for rich interactivity, as well as real-time content, AMP for Email requires marketers to not only learn a new coding language, but code an entirely new MIME part to be sent along with the plain-text and HTML versions of their email. It also requires that a marketer’s email service provider support the sending of that new MIME part, which many do not.

The bottom line: Interactivity is a win for mailbox providers because it keeps their users in the inbox longer, and it’s a win for senders because it lowers the barriers for subscribers to act on email content. However, the fragmented approach to interactivity has added complexity and limited adoption.

By the time that some subscribers open an email, that message’s content is no longer accurate. That is a waste of their time.

Believers: Gmail and Yahoo, in particular

While many inboxes allow the use of real-time content that populates at the time of open instead of the time of send, only the inboxes that support AMP for Email do so explicitly and in a standards-based manner. At the same time, pre-fetching by Apple and (to a much smaller degree) Gmail undermine real-time content by caching that content before the subscriber opens the email. As Movable Ink puts it, that turns real-time content into “recent-time” content.

The bottom line: The negative impact of pre-fetching on real-time content appears to be overblown, but it’s a shame this activity by inbox providers has shaken marketers’ belief in the long-term viability of this tactic, which boosts the relevance of email messaging.

Emails are too cluttered.

It takes too long for subscribers to find what they’re looking for in an email. It should be easier to bypass all the fluff and get right to the point. In fact, it should be much easier to understand what an email is about and act on it without having to even open it.

Most of the developments here have been around rich email preview content—that is, replacing the usual preview text for an email with other content, which is often indicated by the marketer using schema. Sometimes this is positioned as a premium feature, as Gmail does with Email Annotations, which only functions in the Promotions tab when a brand has a good sender reputation.

The bottom line: Even though inbox providers undermine each other’s efforts by not standardizing the schema that they use, giving marketers the tools to bubble up key information improves the email experience. However, when inbox providers hijack marketers’ email content, they undermine the brand’s investments in A/B testing, AI-based recommendation engines, personalization, and design—including real-time content and AMP- and CSS-based interactivity. Moreover, these efforts have the effect of turning email clicks into web clicks, hurting email attribution and therefore email marketing teams.

It’s hard for email users to know if the emails they receive are actually from the brands they appear to be from. That’s largely because brands don’t fully authenticate their emails using DKIM, SPF, and DMARC. Their refusal to do so directly enables bad actors to send phishing emails that trick and exploit email users.

Believers: Yahoo and Gmail, in particular

Mailbox providers have been penalizing the deliverability of senders who don’t fully authenticate their email for many years, but it hasn’t been an effective enough motivator. The launch of BIMI is intended to provide an extra incentive, rewarding brands for authenticating by displaying their logos next to their sender names. That delivers additional brand impressions and builds brand trust, which generates higher open rates.

The bottom line: While supporting BIMI, both Yahoo and Gmail have also undermined it—Yahoo by populating logos for brands that don’t comply with BIMI, and Gmail by making BIMI compliance prohibitively expensive for many brands by requiring senders to get a Verified Mark Certificate.

Emails are sent to people who aren’t engaging with them.

Regardless of permission status, marketers send far too many emails to email users who aren’t engaging with those messages.

For more than a decade now, most mailbox providers have stressed the need for a sender’s subscribers to not just tolerate their emails, but to engage with them by opening or clicking them every 6 to 12 months, on average. That’s the foundational expectation around engagement-based spam filtering, which has been phenomenally successful at reducing unwanted email. However, in the last 5 years, Gmail, Apple, and Yahoo have prompted users to unsubscribe from brands whose emails they haven’t opened in as little as 30 days.

The bottom line: Prompting subscribers to opt out after such a short period of disengagement completely misunderstands how many consumers use email, especially promotional emails from B2C brands. These subscribers don’t read every email from a brand, but instead want to search up the latest emails from a brand when they’re in the market to buy to ensure they’re getting the best deal. Demanding engagement so often also threatens low-frequency senders, having the unintended consequence of encouraging them to send more email to avoid having their subscribers targeted with these prompts.

Despite being a permission-based channel with well-established mechanisms for reporting abuse, email marketing isn’t transparent about how it tracks its subscribers.

Solutions: Mail Privacy Protection and, to a much smaller extent, Hide My Email

In conjunction with a companywide effort to boost privacy, Apple has pushed their Mail app users to enable Mail Privacy Protection, which generalizes a subscriber’s location, blocks forward tracking, hides their device information, and uses pre-fetching to obscure open times and hide real opens in a mountain of fake, auto-generated opens. In part because it’s a paid feature, Hide My Email has had a negligible effect on most email marketing programs so far.

The bottom line: Even though many consumers are well aware that their email activity is being tracked and indeed expect brands to use that tracking to send them more relevant messages, it’s true that marketers generally don’t explain the information they’re collecting about their subscribers. At the same time, it’s also true that Apple hasn’t been transparent about the negative consequences of opting into MPP or using HME. The proof of that is evident in the starkly different language that they use when asking their users to opt into tracking by Apple, which extols the benefits of getting more relevant messaging. By obscuring opens, MPP also makes it dramatically more difficult for senders to comply with the long-standing rules of engagement-based spam filtering and to confidently manage their inactive subscribers. That’s bad for both senders and subscribers.

Marketers have poor visibility into how their subscribers are engaging with their emails. Tracking pixels are a poor reflection of actual email read rates—and that was before Apple’s Mail Privacy Protection depreciated their value. Mailbox providers have the best visibility into inbox behaviors.

Yahoo is offering marketers access to inbox behavioral data that they’ve never had access to before, including visibility into the deletion, starring, and archiving of campaigns. It also offers accurate open data. In respect of user privacy, Yahoo’s data feeds “only provide aggregated counts and do not report on user-level behavior.”

The bottom line: While email open data has never been incredibly accurate, it has been incredibly useful. Before being undermined by Apple’s Mail Privacy Protection, individual-level open data was central to helping marketers send fewer emails to disengaged subscribers and eventually suppress long-term in-actives for more than a decade. At this point in email marketing’s evolution, aggregated performance data is of relatively little value. Even though it offers insights that could be used broadly to send more relevant messages, this data doesn’t help marketers manage subscriber engagement or manage contact frequency on the individual level that’s required to maintain good inbox placement.

To a degree, all of those shortcomings are legitimate criticisms. They’re also sadly all likely to remain shortcomings. That’s because there’s not enough consensus among inbox providers. Not only has that made it difficult to build a critical mass behind initiatives, it also has resulted in initiatives that contradict or work against other ones.

After decades of uncoordinated and sometimes counterproductive email development, perhaps it’s time for inbox providers to collaborate and agree upon some standards just as the web world has. Perhaps an existing organization like the Email Sender & Provider Coalition could be that forum where inbox providers come together along with email service providers and find common ground.

What are the areas that seem most ripe for collaboration and standardization? Consider the following potential initiatives:

And there are surely many other initiatives that would improve the email experience for users without compromising independence or competitive advantages. All it would take is a bit more rowing in the same direction. 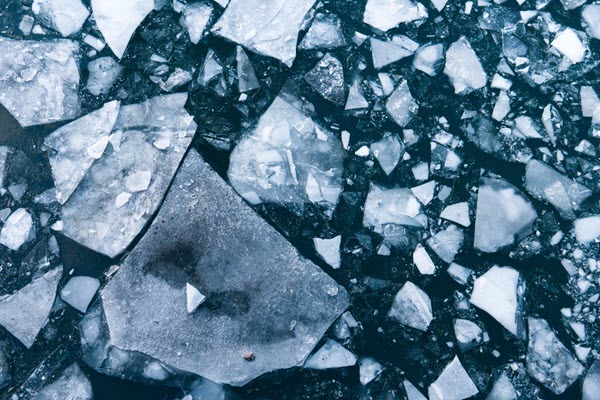 Photo by Michael Fenton on Unsplash